The biggest experiment in history

The use of current wireless technology (mobile phones, Wi-Fi, cordless phones, Smart Meters etc.) can be seen as the biggest field experiment on the human body and animals in history. The industry makes billions but at the cost of the health of its customers. The number of electro-hypersensitive people is increasing more and more. Even people that don’t have any symptoms will sooner or later have to pay the price (tumors and other health issues). Despite the solid scientific evidence, wireless technology is spreading at an higher and higher rate (“Smart” Meters, “Smart” homes).

Effects of radiation depend on the frequency

Electromagnetic fields (EMF) have different effects on the human body depending on the frequency.
Low frequency fields like in house electricity have a requency of 50/60Hz. Radio broadcasting uses frequencies from about 30 kHz to 300 MHz.

Cell phones however produce high-frequency electromagnetic fields in the range of 800 MHz – 2.6 GHz, Wi-Fi 2.4-5.9 GHz, DECT cordless phones 1.9 GHz.
This radiation partly reflects from the body, but is also absorbed. Because this radiation is able to produce heat it is also used in microwave ovens (2.4 GHz). The currencly saftey limits for cell phones only take the heating (thermal)-effects into account – see below for more information.

Radiation with frequencies above microwave-radiation like light (384-789THz) and lower ultraviolet radiation is absorbed directly by the skin. This is why the skin without UV-protection can get damaged after too long exposure (sunburn).

Radiation with even higher frequencies like X-ray, gamma-rays for example is called ionizing radiation. It carries enough energy to free electrons from atoms or molecules, which is also called “ionizing”.

Effects on every human being

People with EHS are like an early warning system, but everyone is affected, no matter if they suffer from the EHS symptoms or not. More severe health effects like brain cancer (through DNA damage) can be the consequence if the problem is ignored. The bio initiative report that analyzed about 1800 studies concludes that there are effects way below the current saftey limits. There are more studies listed under Studies.

Lennart Hardell has done studies that clearly show effects on animals (tumors of the lungs and livers).

Since 2007 there has been a great decline in honey bees around the world (colony collapse disorder). Among other environmental factors like monoculture and pesticides it has been shown that bees seem to be affected by high-frequency radiation. At one experiment in Germany in one of the hives was placed a DECT cordless phone and only 30% of the bees in that hive did come back (German video). 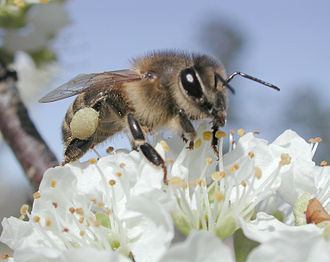 A case in switzerland (which was confirmed by the university Zurich) showed that there was a direct link between a new cell tower and calfs that were born blind or with other health problems. The cows also started to behave abnormally. Many other farmers that had new cell towers close their farm reported the same problems (pdf, German).

The core problem is that the currently defined limits only take the temperature increase into account that occurs the the human brain while using the cell phone (s. SAR value). The symtoms experienced by people with EHS on the other hand are not temperature related. Non-thermal effects are not taken into consideration by ICNIRP, the private association in Germany that defines the limits. Since ICNIRP consists of members that formerly worked for mobile phone industry and besides that only the current members decide who is let in as a new member, it currently seems unlikely that the ICNIRP lowers the exposure limits.

We are headed for a major public health desaster

This major public health desaster will unfold more and more in coming years as money seems more important to governments and the mobile phone companies than the health of the citizens. More and more people will be affected as the number of cell phone antennas, Smart Meter and Wi-Fi installation increases.

France took a first step in 2015 and among other things now prohibits Wi-Fi in daycare centers by law – more details.

How could this happen?